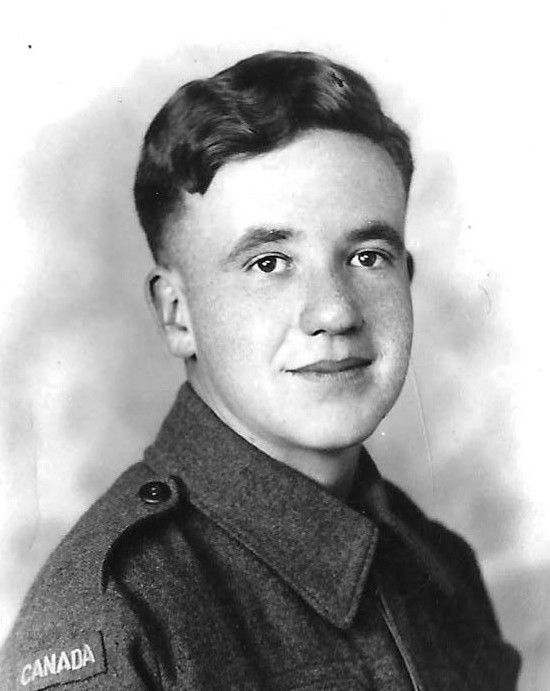 John passed away peacefully at home in Calgary, Alberta. Predeceased by his beloved wife Grace Alice Edwards Bell in April 2017. John will be interred next to Grace in the Union Cemetery in Pakenham, Ontario. They were married on December 2, 1949 in Edmonton, Alberta. Their five children, fifteen grandchildren, twenty-four great grandchildren, and one great-great granddaughter are deeply grateful to know that John and Grace are happily together again. John served with honour in the Canadian Army for 48 years with his specialty being in the field of communications and electronic engineering. John saw active duty in Europe and northern Africa during World War 2 and was the recipient of several medals of honour. In his private life, he deeply loved his family, curling, cars, golf, and French fries. He was a man of deep Christian faith and commitment to his membership in The Church of Jesus Christ of Latter-day Saints. No matter whose life crossed John’s path, they were better for having been recipients of his caring influence. Following their retirement, John and Grace served as missionaries for the church in Nigeria, South Africa, and in Vancouver, British Columbia – once again willingly putting their own needs and wants aside so that others could be lifted up as a result of their loving generosity and kindness. John's care and arrangements have been entrusted to the Pilon Family Funeral Home and Chapel Ltd., 50 John St. North, Arnprior. Extended family and friends are invited to join us on their electronic devices for a Live Webcast Funeral Service On Saturday, June 26 at 1 o'clock. In memory of John, a donation to the Dementia Society of Ottawa and Renfrew County would be appreciated by his family. A link to the live webcast is available just below the "Donations" tab on the left of this page. For those using cellular devices or tablets, please use the arrow next to the "Obituary" tab above to access the live webcast link. A recording of the service will also be uploaded and available after the service.