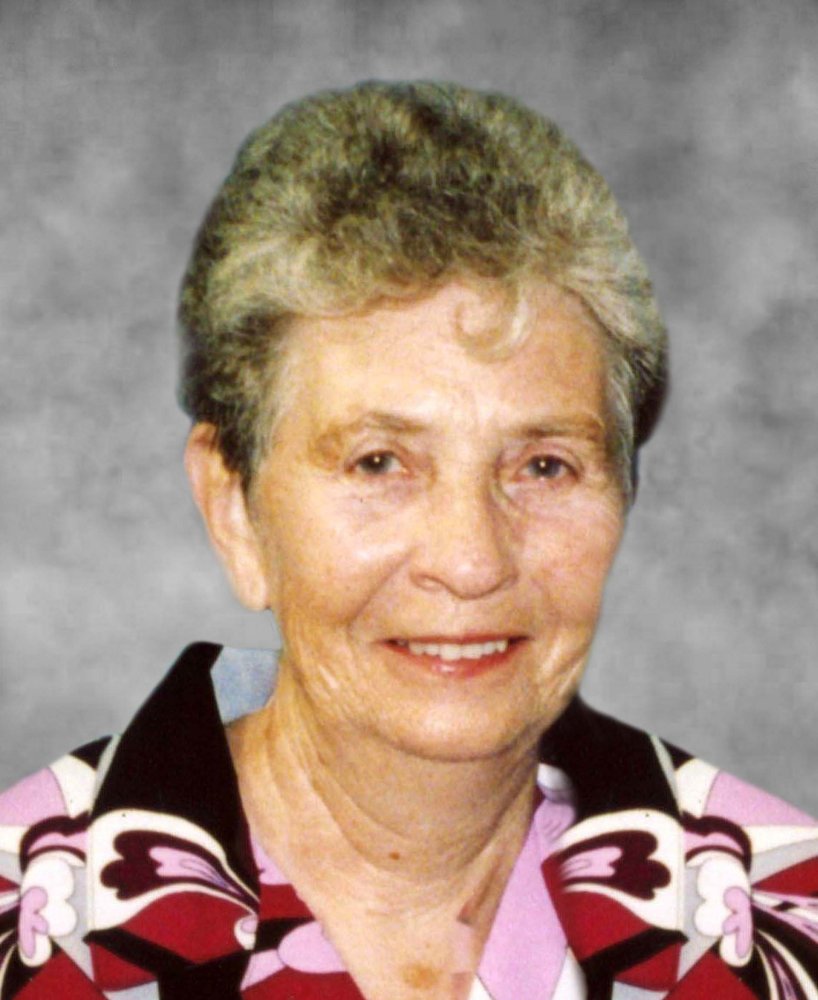 With heavy hearts we announce that Vi passed away at the Arnprior and District Memorial Hospital with loved ones by her side in the early morning hours of Christmas Day, 2018. Violet Elizabeth “Vi” Yade of Arnprior; formerly of Corbeil, Ontario at the age of 85. Beloved wife of the late Charlie Yade. Dearly loved mother of Stephen of London; Michael of Guelph; Christopher of Arnprior and Cathy Yade of North Bay. Proud grandmother of Taylor Yade (Heather) and great-grandmother of Caleb and Evelyn. Vi is survived by her very special sister and best friend, Hazel Stevens (Everett) as well as her other siblings, Gary Burnette (late Gail), Maurice Burnette (Cindy) and Joyce Schubrink (late Ivan). Predeceased by 3 brothers: Doug, Brian (Cathy) and John (Rachel) as well as 3 sisters: Theresa Ayotte (late Robert), Jean Powell and Darlene Farrell (Stephen). Also survived by many nieces and nephews. Friends were invited to pay their respects during visitation at the Pilon Family Funeral Home and Chapel Ltd., 50 John Street North, Arnprior on Friday from evening from 7 to 9 p.m. and again on Saturday morning from 10 to 10:45 a.m. A Tribute to Vi followed in the Pilon Family Chapel at 11 o’clock. Interment Malloch Road Cemetery, Arnprior. In memory of Vi, please consider a donation to the Arnprior Regional Health Foundation.

Share Your Memory of
Violet
Upload Your Memory View All Memories
Be the first to upload a memory!