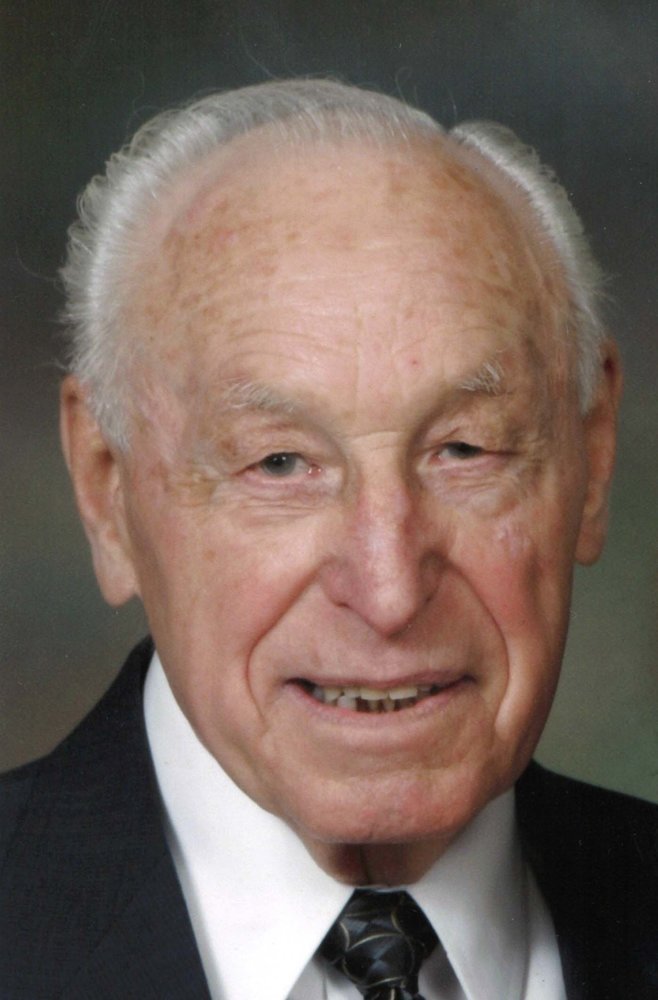 Passed peacefully into the arms of his Saviour, in his 93rd year, at Orchard View by the Mississippi Retirement Home, Almonte, Ontario, on January 8, 2019.  Survived by his loving wife Pamela, of 66 years; brother Dave (Thecla); four children, Lorna (Jorge), Dan Jr. (Dympna), Stanley (Beth), and Margaret-Ann.  Remembered fondly by his 6 grandchildren, as well as numerous nieces and nephews, Dan also got to meet 4 of his 7 great-grandchildren.  Predeceased by his brother Stanley, and sisters Gertrude, Anne, and Martha.  Dan was born in Jasmin, Saskatchewan, and moved east with his family to the Ottawa Valley in 1940.  He enlisted in the RCAF in 1943. After his discharge from the RCAF in 1945 where he served as an air gunner with Bomber Command (mid-upper gunner, Lancaster bombers) in England, Dan had a long and illustrious career with the survey department of Ontario Hydro, starting as a chainman, and rising to the position of Chief Surveyor. After retiring, Dan continued for many years as a consultant for the Association of Ontario Land Surveyors.  He and Pam also enjoyed many years of travel across North America and Europe.  During the last several decades of his life, Dan dedicated himself to making hand-tied rosaries, which he shipped to missions all around the world.  Dan made over 80,000 rosaries before arthritis in his hands stopped him from tying all the knots necessary. Friends and family were received at the Pilon Family Funeral Home and Chapel Ltd., 50 John Street North, Arnprior on Friday evening, January 11th from 6 to 8 p.m. only. A Mass of Christian Burial was celebrated at Holy Name of Mary Catholic Church, 134 Bridge Street, Almonte, on Saturday morning, January 12th at 11 o’clock. Interment followed at the Malloch Road Cemetery, 127 Usborne Street, Arnprior with a reception at the Pilon Family Reception Center afterward. In lieu of flowers, donations to Holy Name of Mary Catholic Church Building Fund, Almonte, would be gratefully accepted.  A special thanks goes out to all the dedicated staff at Orchard View by the Mississippi retirement home in Almonte. A Legion Tribute will be held at the funeral home on Friday evening at 5:45.

Share Your Memory of
Daniel
Upload Your Memory View All Memories
Be the first to upload a memory!