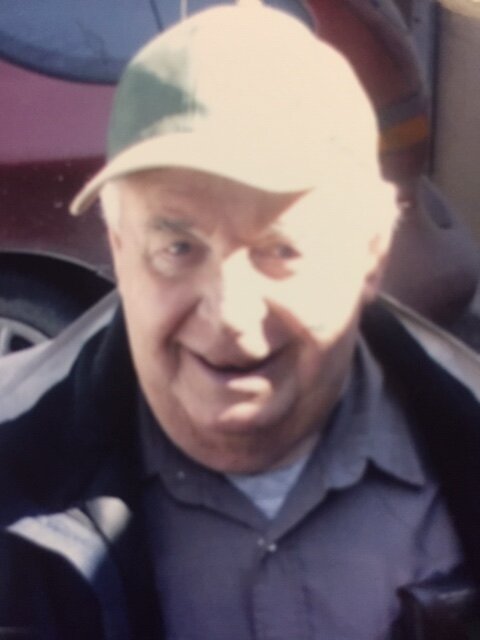 Peacefully at The Grove Nursing Home in Arnprior while surrounded by family in the early morning hours of Saturday, August 20, 2022, Ronald James Cecil Dunslow of Arnprior passed away following a long and courageous journey through Alzheimers. He was 86. Beloved husband for almost 60 years of Ruth (nee Wright). Much loved Dad of Jodie McGetchie (Roger), Julie Miller (Jason), Jeffrey Dunslow and Jennifer Dunslow (Kevin Lalonde). Cherished Poppa of Jessica Durst (Kevin), Jamie McGetchie (Vero Potvin), Jannel Maloney (Brendan) and Justine Miller (Hunter Byrd) and G.P. of Audrey and Clark Durst. Also survived and remembered by his nieces, nephews and many friends. Son of the late Cecil and Cilda (nee Mullins) Dunslow, Ron was also predeceased by his only brother, Art. Ron was a joker and a tease until the very end. He always kept the staff at The Grove on their toes. “Steak and Eggs for Breakfast”? “Putting his socks on the wrong feet”? “Trouble and Double Trouble”? Special thanks to Dr. Earl Gordon and the staff at The Grove for the exceptional care and love shared with Ron and his family. Ron was born in Shawville. He never strayed too far from The Ottawa Valley except for a short stint in the Air Force which took him to Claresholm, Alberta. He was happiest when on the road. The family took many road trips to “nowhere”. He will be missed. Ron’s final care has been entrusted to the Pilon Family Funeral Home and Chapel Ltd., 50 John Street North, Arnprior where visitation will be held on Thursday, September 1st  from 2 to 4 and 6 to 8 p.m. only. In memory of Ron, please consider a donation to The Grove Nursing Home Redevelopment Fund or the Ottawa and Renfrew County Dementia Society.

Share Your Memory of
Ron
Upload Your Memory View All Memories
Be the first to upload a memory!
Share A Memory