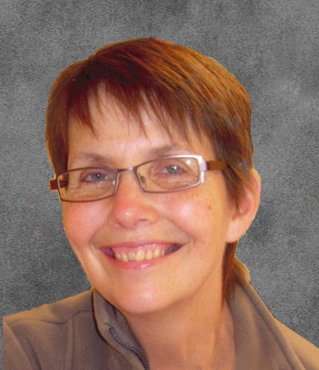 Peacefully at the Almonte General Hospital in the early morning hours of Thursday, January 17, 2019; Margaret Anne “Margie” Argue of Pakenham passed away following a courageous struggle with brain cancer. She was 65. Beloved wife and best friend of Ritchie for over 46 years. Dearly loved and proud mother of Paige Wattie (Jared), Gillian Argue, and Grace Badham (Andrew). Cherished and devoted “Nana” of Ella, Oscar, Sadie, Lyall and Danny. Dear sister of Ian Paige (Janet Rintoul), Jane Barr (Stewart) and Sandra Paige (Francis Fuca). Predeceased by her parents, Bert and Mary (nee Nicholson) Paige as well as a sister, Dawn and a brother, Danny. Fondly remembered by Joan and Brent McDougall, Doug and Shirley Argue, Alice and Kevin Puddington as well as many cousins, nieces, nephews and so many wonderful friends. Born in Kitchener, Ontario, Margie and her family moved to Pakenham when she was 13. She quickly became the community builder that she was as she took part and contributed to just about every Pakenham area activity. While attending ADHS, Margie also worked part time at The Guide newspaper in Arnprior and remained there for several years after graduating from grade 12. She then went on to join the Royal Bank in Pakenham where she served residents in every level of customer service until retirement. Margie earned the love and respect of all who knew her. Her zest and spirit will be missed. Family and friends were invited to St. Andrew’s United Church, 2585 County Road 29, Pakenham for a service in memory of Margie on Saturday morning, January 26th at 11 o’clock. A reception followed at the Stewart Community Centre in Pakenham. In memory of Margie, please consider a donation to the Almonte General Hospital Foundation or St. Andrew’s United Church, Pakenham. Entrusted to the professional care of the Pilon Family Funeral Home and Chapel Ltd., 50 John Street North, Arnprior.

Share Your Memory of
Margie
Upload Your Memory View All Memories
Be the first to upload a memory!