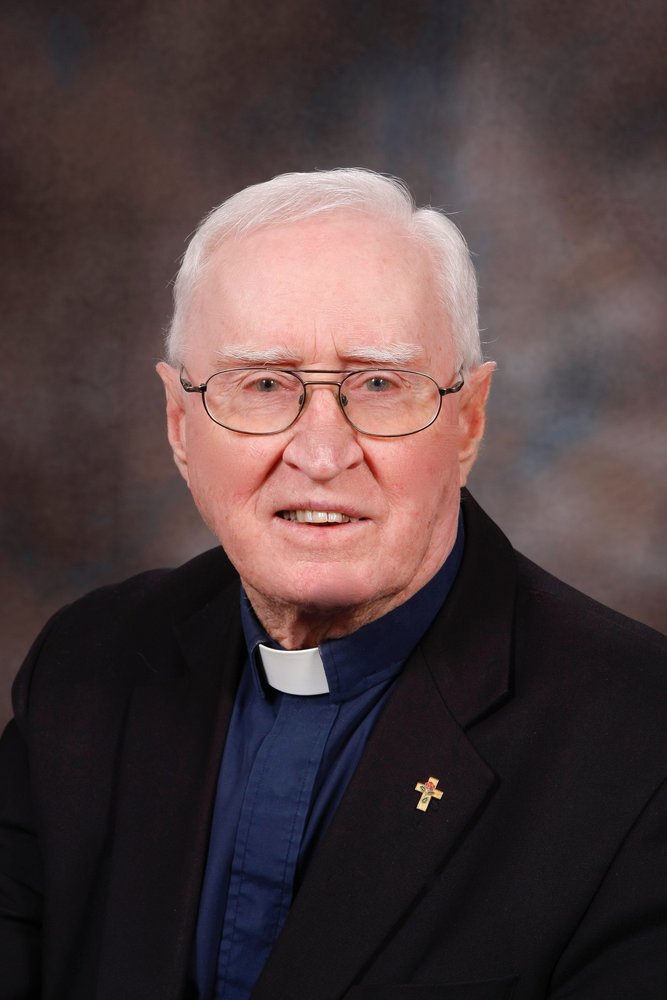 (Priest of the Diocese of Ottawa-Carleton)

It is with heavy hearts that we announce the passing of Msgr. Leonard Michael Lunney. A native of Pakenham Township, Msgr. Len spent the last few years of his life as a resident of Orchardview by the Mississippi in Almonte. He was in his 61st year of priesthood. Son of the late James and Mary (nee Ryan) Lunney. Dear brother of Al Lunney (Marlyn) of Arnprior; Larry Lunney (Francine) of Almonte and Bernadette Lunney (Bob Hilyer) of Ottawa. Monsignor was predeceased by 4 brothers: Ed (Bev of Renfrew); Hugh (Mary of Arnprior); Jim (Doris of Fitzroy Harbour) and Fr. Bill Lunney as well as 2 sisters: Rita Nugent (late John) and Clare McInnes (late Jack). Fondly remembered by his many nieces and nephews, former students and parishioners as well as many good friends. Monsignor was ordained a priest for the Archdiocese of Ottawa on June 7, 1959. He was appointed Curate at St. George’s parish in Ottawa. He also worked in the field of secondary education at St. Pius X High School at that time. In 1969, he became principal of Pius where he remained until 1986. During those years, he was also parish priest at Holy Rosary parish, Ottawa, St. Michael’s parish, Fitzroy Harbour and St. Gabriel’s parish, Constance Bay. After leaving Pius in 1986, Monsignor became principal of St. Matthew’s High School in Orléans. A year later, he was appointed parish priest at Divine Infant parish, Orléans where he remained for several years. He later became the Episcopal Vicar of the English Pastoral Community of the Diocese of Ottawa. He entered into full retirement in 2007. Monsignor Len was also chaplain for the Ottawa Fire Department and involved in the local Council of the Knights of Columbus as well as many other parish organizations along the way. A tireless worker and much beloved by his flock,  Monsignor Leonard Lunney will be missed. A Solemn Translation to St. Peter Celestine Church, Pakenham took place on Sunday afternoon, October 6th at 1 o’clock followed by visitation from 2 to 4 and 6 to 8 p.m. and again after 10 a.m. Monday. A Concelebrated Funeral Mass was held in St. Peter Celestine Church on Monday morning, October 7th at 11 o’clock. Archbishop Terrence Prendergast officiated. Interment St. Peter Celestine Parish Cemetery, Indian Hill Road, Pakenham. In memory, please consider a donation to the St. Peter Celestine Church Restoration Fund.

Share Your Memory of
Monsignor Leonard
Upload Your Memory View All Memories
Be the first to upload a memory!