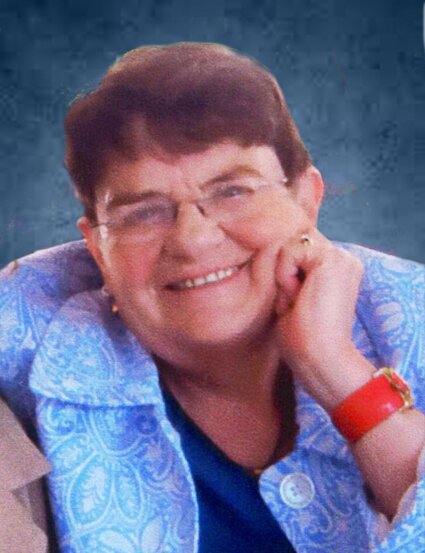 Get Directions
Monday
9
May

Get Directions
Tuesday
10
May

With heavy hearts, Omer and the boys announce that Clare passed away quite suddenly but peacefully at the Queensway-Carleton Hospital on Tuesday evening, May 3, 2022; Clare Helen Marie Poirier of Arnprior was in her 85th year. Beloved wife for over 60 years of Omer. Dearly loved and proud mother of Daniel (Shelley) and Michel, both of Ottawa and Marc (Julie) of Wolfville, N.S. Cherished “Grandma” of Paul, McKaila, David and Erin. The last surviving child of the late Wilfrid and Jodie (Hillock) McNally, Clare was also predeceased by her brother, Ian McNally; 3 step-brothers: Gerald, Ray and Pat Timmins as well as her step-sister, Grace Pallon. Also survived by many nieces and nephews who appreciated her open heart and open home.

Clare, brother Ian and mother Jodie, also a nurse, arrived in the Ottawa Valley from PEI when Clare was a young child after the early death of her father, Wilfred. Her high school years were spent in Carleton Place with the support of her stepfather, Edward Timmins.

While attending Hotel Dieu’s nursing program (Class of ’61) in Kingston Ontario Clare met Omer, a RMC officer cadet, who became her life long partner. They married in September 1961 and their early journey, in support of Omer’s Airforce career, saw multiple relocations across Canada with the 3 boys arriving in 3 different provinces.   They eventually settled in Arnprior, where Clare balanced her family obligations and nursing career. She retired after more than 30 years of loyal service at Arnprior Hospital. Clare was noteworthy for her compassion and was regularly recognized and thanked by former patients for her empathetic care.

Clare’s home has always been a centre of hospitality for all generations based on her maritime roots. She took pride in the accomplishments of her 3 boys and her love was selflessly extended to their network of friends, partners and grandchildren. Clare’s home was always safe harbour for all that arrived at her door, fond memories and stories from many surprise Christmas guests that arrived over the years, and everyone always woke up to a Christmas stocking.

Clare’s final care has been entrusted to the Pilon Family Funeral Home and Chapel Ltd., 50 John Street North, Arnprior where visitation will be held on Monday, May 9th from 2 to 4 and 6 to 8 p.m. only. A Funeral Mass will be celebrated in St. John Chrysostom Church, Arnprior on Tuesday morning, May 10th at 11 o’clock. Interment Malloch Road Cemetery, Arnprior. Reception to follow at the Pilon Family Funeral Home. Members of the Catholic Women’s League will assemble at the Funeral Home for prayers on Monday afternoon at 3:45 p.m. In memory of Clare, please consider a donation to the Arnprior Regional Health Foundation.

Share Your Memory of
Clare
Upload Your Memory View All Memories
Be the first to upload a memory!
Share A Memory